You can ask any kid who has grown up in church, “Why did Jesus die on the cross?”  They will almost certainly respond, “To save us from our sins.”  And this is a true answer, and one of great theological significance.  But sometimes when we read the Gospels, perhaps a more accurate answer to the question would be, “Because he ticked off the wrong people.” 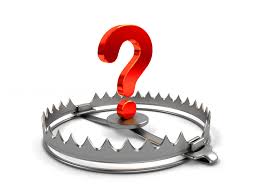 I can only imagine that there were times when somebody pulled Jesus aside and said, “Look, I like your stories and lessons as much as the next guy, but if you keep saying things like that to people like them…well…its things like that can get a guy killed.”  I can honestly say that I have never had opportunity to make somebody so mad at me that I could actually see in their eyes a burning desire to kill me.  I imagine it to be a very uncomfortable feeling.  Jesus felt that all the time.

This chapter begins with Jesus telling a story about a master who rents out his field and then sends his servants to gather the rent.  There are a lot of Jesus’ parables where he is subtle and has to explain them when he finishes.  This is not one of those.  Everybody knows what Jesus is talking about and who Jesus is talking about.  God left Israel as his steward in this world.  Among Israel were leaders who were made stewards of what God had entrusted them.  When God sent his servants (read prophets here) to collect what was due him, they abused and killed them.  Finally God is sending his son and you are going to kill him too.  Then God will come take away everything you have and give it to somebody else.

There’s no subtlety here.  YOU wasted what God gave you.  YOU refused to give God his due.  YOU abused and killed the prophets.  YOU are now going to kill God’s own son that he loves.  And God will take everything away from YOU and then kill YOU.

It should come as no surprise that the Pharisees, Sadducees, and teachers of the law now launch a full campaign to destroy Jesus’ reputation first, and when that fails they begin trying to trap him legally.  Eventually they will just arrest him, make up charges, and use the force of their political influence to push through his execution.

So having just been told God was going to take everything from them and kill them, they begin an attempt to trap him.  Look who the religious leaders send here: Pharisees (loyal to Israel and God) and Herodians (loyal to Herod and Rome).  They ask if it is right to pay taxes to Caesar.

Jesus has several options here:  1.  He can say you should pay the Temple tax and not Caesar.  This would obviously land him in trouble with the Herodians and the Roman authorities.  Jewish leaders who opposed paying taxes were generally treated badly by Rome.  Hint: This can get you killed.  2.  Jesus can say they should ignore the Temple tax and pay Caesar.  This would discredit Jesus’ ministry.  You can’t very well claim to be the Messiah when you disregard the Temple, God’s authority, and cow to Rome.  And it would certainly upset those who hold the Temple and its leaders in high regard.  Hint: This can get you killed.  3.  Jesus can suggest paying both, but to the poor huddled masses who he so often had compassion on, this would be a huge burden.  One they could not bear.  4.  Jesus can brilliantly reply that they should give to Caesar what is Caesar’s and to God what is God’s.

In doing so, Jesus first instituted the separation of church and state.  Just kidding.  I think.  Mostly it functioned as great rhetoric.  Imagine if you were a Herodian, who supported Rome.  You would hear Jesus’ words and think, “That’s right.  Give to Caesar what is Caesar’s…but wait…he just made it sound like what is owed God is of greater significance.”  You would be disarmed and yet be left scratching your head.  On the other hand, if you were a Pharisee who despised Rome, you had no argument against Jesus’ response.  You couldn’t say that the money wasn’t Caesar’s; his face was on it and you had brought along his supporters who would willingly turn on any opposition.  Jesus shows his great political and

rhetorical acumen in this situation.  Certainly, Jesus sprung the trap but only the religious leaders got caught in it.

He proceeds to do this over and over again throughout this chapter, culminating in a poor widow who placed two small coins in the Temple offering.  Jesus praises her for her radical generosity.  One can’t help but notice the contrast between the petty and self-righteous faith of the religious leaders and the genuine and sacrificial faith of this poor woman.

Nothing is Certain but Death and Taxes…

“Nothing is certain but death and taxes” – Sometime after the fall of mankind Adam proclaimed this factual utterance. The consequence of sin is death and therefore the consequence of life is taxes. This quote has been around for a long time and it is difficult to track down its actual origins so I’ll just assume Adam said it.

We’re in the middle of the political season and the internet is being flooded with bloggers who are spilling out their factual opinions about the proper ways in which our country should be ran. Being the person with strong political interests that I am, I’d rather talk about something more important. Death.

I am currently in Wichita Falls, Tx where I gave the first 18 years of my life. Pretty much all of my family is here, living within a few miles of one another. We have had a lot of meals together and not just on holidays. We have come to another transition point in our family history. My Grandma Marjorie is coming to the end of her life.

While I’ll be sad that my precious Grandmother has passed from this life, I know that she will take hold of the promise that was given in the resurrection of Christ. As we looked at a few weeks ago in 1 Corinthians 15, if there is no resurrection of the dead then Christ didn’t raise either. The Gospel…the Good News…the Hope that we, as followers of Jesus, have…is that death, the consequence of sin, has been conquered on our behalf.

I was looking at my sweet Grandma and had 15:42-44 in mind. She is perishing. There is nothing honorable about the way she looks or what is going on in her body. She is incredibly weak and can’t really even open her eyes. This is the body she was born with. But! She will be raised imperishable, glorified, in power, with a spiritual body. She will be made new again, not with a body that any of us can conceive of, but with a body that has been glorified with Christ.

My Grandmother, who is weak and feeble, was clothed with Christ years ago. She has fought the good fight. She has finished the race. Being clothed with the imperishable, with immortality, “Death has been swallowed up in victory!” because of Christ. “Where, O death is your victory? Where, O death, is your sting?” “Thanks be to God! He gives us victory through our Lord Jesus Christ!”

My beautiful Grandma is ready to be done with this life. She is a beautiful woman of God, warrior in prayer, and the embodiment of the servant Christ. Though she will be missed and this will be a difficult transition for our family, she has victory in Christ and in that we find peace.