In the closing chapter the writer of Hebrews addresses influences Christians should be aware of and avoid: Sex, Power, and Money. Taking a quick glance at CNN this morning I saw headlines about what is in this year for staying sexy (apparently butts are out and faces are in), how to gain power over others in the business world, and multiple articles about people’s obsession over money (favorite headline: Drag queens, fake beards and chocolates: Notable diamond heists). 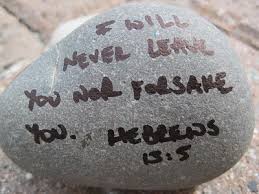 You will sacrifice for what you love. We don’t have to look too far to see how quickly we sacrifice for sex, power, and money. Women put themselves through horrible pain to attract guys. Guys spend tons of money to get women into bed with them. People sacrifice friendships and partnerships to gain power over others, not to mention the moral sacrifices that are often made to gain power. Parents are absent from their kids lives because they work endless hours at their jobs to support the level of living they desire to keep up. Hebrews response to this is that God has said that he will never leave us or forsake us so quit searching for security in all the wrong places.

We’ve seen a moral decline in our country but things weren’t any better in the early centuries. Though they may not have been bombarded by it like we are today in our media, advertisements, and the rest of culture, sex was rampant in the Roman Empire. Sex has been dumbed down to a physical action that is following the natural instincts embedded in us. We ignore the emotional aspects of sex. It is the greatest level of intimacy you can share with someone and there will be a connection with that person that is hard to let go of. As a 29-year-old virgin I’ve found that our culture finds me a bit taboo and even a bit unrealistic. I’ve heard all kinds of comments from women in my dating life because I’ve found that this is something I need to be upfront about since it is so expected in our society. Sadly we’ve dumbed abstinence down to a “rule in an old book” (an accusation I often hear). Here’s my take on my virginity based on this passage. Sex is the greatest level of intimacy I can share with someone and that emotional and very deep connection is a gift that I want to give my wife. The response I typically get is that my wife most likely hasn’t done that for me but a gift isn’t a gift if something is expected in return. Forgive as Christ has forgiven is where I sit on this. All in all, we need to reclaim sexuality from our culture.

“Keep on loving each other as Brothers and Sister.” Hebrews calls us to be the great cloud of witnesses to one another as well. We have received a Kingdom that cannot be shaken! We are going to mess up. We are going to fight from time to time. Leaving the community of believers is not an option though. We have been brought into the body of Christ, the Family of God, and Family sticks together. Love as Brothers and Sisters. All things should be done in community together. At the very foundation of who we are as a Body is Christ. He is the same yesterday, today, and forever. We are not a people waiting for tomorrow to come. We live in the reality of today knowing Christ.

The Hebrew writer also mentions a number of times to “remember your leaders” and uses words like “obey” and “submit” in when talking about our relationship with them. In a lot of our churches we have become more so democratic in our relation to our church leaders. We don’t take these positions as seriously as we should. It isn’t that leaders should walk around with heads high in their authority. They are still to be servant leaders in the image of Christ but they are our leaders nonetheless, put there by God, and accountable to God. Submission and obedience are hard things to do in a culture that constantly pushes you to desire power and authority.

Now may the God of peace, who through the blood of the eternal covenant brought back from the dead our Lord Jesus, that great Shepherd of the sheep, equip you with everything good for doing his will, and may he work in us what is pleasing to him, through Jesus Christ, to whom be glory for ever and ever. Amen.

Posted by Ryan Russell on February 20, 2013 in Bible Blog, Hebrews

1 Corinthians 7 – A Single Guys Perspective on Sex and Marriage…

We have come to a passage that I know absolutely nothing about on a practical level and also a passage that I probably have a better perspective than most. There is a lot of discussion (heated mostly) about the passages that follow in regards to marriage and divorce. I hope to give some perspective but I have no intention on thinking I’m settling any kind of ancient debate.

“It is good for a man not to have sexual relations with a woman” has been wildly misinterpreted in different groups in the Church. There was a movement a while back who took this verse to mean that the holiest of Christians did not have sex and they called all of their people to live up to that standard. That sect died out within a generation.

The church in Corinth made this claim to Paul in a letter and it is this claim that he is addressing. Corinth says, “It is more holy to not have sex.” Paul replies, “How can you make such a claim when sexual immorality is so rampant in your church?! Sex is part of your marriage. Sometimes you don’t want to but she does. Sometimes you do and she doesn’t. Don’t withhold! Unless you mutually decide to take a break so you can pray…obviously.” The whole purpose of this that you continue to have a healthy marriage, not allowing Satan to have a foothold in your marriage. Paul says that an active sex life with your spouse is a concession on his part and not a command. As a single guy…I’d feel more awkward talking about this but Paul was single too and this was read in front of the entire church so I feel fine. Hooray for observations from the single guys!

Speaking of being single…Paul wishes they all had his gift. I know a few married people who wish they had that gift as well but Paul will address that momentarily. To all the singles out there, it is better to get married than to keep falling into sexual immorality. Paul was completely dedicated to Christ and that was all he needed.

Paul basically says that if you divorce you should stay single or reconcile to your spouse. This is a hard one for me. I believe that those who have gotten remarried will still be shown grace by God. I think this is an issue about being flippant about marriage. I think marriage is the greatest form of commitment two people can have. The intimacy that is shared, the oneness of the two, is to be held in the highest regard. God says that this is the relationship that Christ has with the Church. In that light I think it is the greatest commitment two people can make and should not be taken lightly. Ironically, I have had a number of friends come to me for marriage advice. While I have no practical advice from my experiences I often bring them back to the cross of Christ. You put yourself on the cross in your marriage and look at your spouse from that perspective. Be sacrificial in every way to bring you and your spouse together. This is a one way focus on your spouse in the same way Christ was focused on us. Don’t be flippant about your marriage. Some take a much harder stance on divorce but it is difficult for me to go that far.

There seems to be a problem of Christians leaving their spouses who were unbelievers. I can see where an overly spiritual group of people would be quick to say that their marriage to a pagan was no longer binding because they are not in God. Marriage, being the greatest level of commitment, is a great way to proclaim Christ to your spouse. If the spouse no longer wants to be married to you because you are a Christian, let them go. Do what you can to live in peace. Live in whatever situation you were in when God called you…but I think there might be some circumstances where this doesn’t apply i.e. temple prostitutes and the like.

A mentor and good friend of mine once confessed to me after 20 years of marriage that he was concerned that he loved his wife more than he loved Christ. This had never occurred to me that it could be a problem. Paul says that in every way you should live as though nothing binds you to this world. Christ is your priority. This means your marriage, your children, your business, your stuff, etc. is secondary to Christ. Paul is very clear that you are ok if you are married but he heeds warning to make sure you are not tying yourself to this world.