Paul calls Titus to remind the Church to be subject to rulers and authorities. What if these authorities are oppressive to the Church? Should they still be subject to them then? I think Paul would say yes. At the time that this was written, the Jews and Christians alike were being oppressed. There’s a decent chance that Nero was Caesar at the time and he was known for blaming things on the Christians that caused people to persecute them. He was also known for putting Christians on crosses and lighting them on fire to light the gardens of Rome.

How does Paul call us to act as Christians in this kind of society with these kinds of rulers and authorities? He says to be obedient, be ready to do good, malign no one, be peaceable, gentle, and show every consideration for all men.

Obedient – Yes, there are times we are to go against the law of the land but we need to be careful about when/how we do this. Like in the example of Daniel, he was told he couldn’t pray but he did anyway. When Christians couldn’t worship openly, they did it in hiding. I’m not sure we can apply this to “unfair” taxes and just not pay them because we do not think it is right.

Malign no one – We live in a country where we have the right to “Free Speech” but does this mean that as Christians we should always take advantage of this right? I’m fearful that sometimes as Christians we can become very hateful in our speech about those we feel like are opposed to us. Whether it is the President, Communists, Muslims, homosexuals, etc. we are not to speak maliciously against anyone.

Peaceable and Gentle – When people think of Christians in our society do these two words come to mind? We should be a presence of peace in this world of chaos. The world sees gentleness as a weakness but we look to the example of Christ and the gentleness that he showed those around him.

We used to do all of those things. We weren’t worth much at all and we looked and acted just like the world…till the kindness of God our Savior and His love for mankind appeared. That’s when everything changed. He saved us. It wasn’t because of anything we did but it was by His mercy through the washing of regeneration and renewing by the Holy Spirit. I want to point out here that Paul is saying that Baptism (the washing of regeneration) is not a work that we do but the mercy of God. We receive the Holy Spirit at our baptism and we becomes heirs with Christ our Savior. This is what Paul encourages Titus to speak confidently about so that the response of those who do believe in God will be to engage in good deeds.

There are so many things in this chapter of Titus that sound like an abbreviated version of several chapters of 1 Timothy.  The basic premise of this chapter takes up several chapters like it in 1 Timothy (2, 3 and parts of 4).  The idea is that Christians should be good people by the measure assigned by the community they live in.  Its all about being beyond reproach. 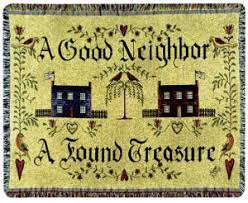 Check out verse 5.  The reason women should behave in the way Paul is instructing Titus is so that the word of God will not be maligned.  Its about how the community perceives Christians.  And then the same is true of the men in verse 8.  They must follow Paul’s instructions so that those who oppose them will be ashamed because they have nothing bad to say about the church.  Again, public perception matters.

One of the great tensions in the New Testament is that the early Christian movement is entirely counter-cultural.  When Jason was taking care of some of the early church leaders, a mob rightly accused them of turning the whole world upside down wherever they went.  And yet, Paul is very intent to instruct Timothy and Titus to guide the church towards being good citizens and good community members.

Unfortunately, I think Christians today miss this very often.  In fact we get it completely backwards.  We tend to be confrontational with our communities by attacking things we don’t like while having no impact on the world at large.  Perhaps it’s time to reconsider both our purpose and our approach.  Certainly Paul understood the church’s goal to be liked by those around the church while they completely turned everything on its head.

Posted by Kent Brown on November 22, 2012 in Pauline Epistles, Titus 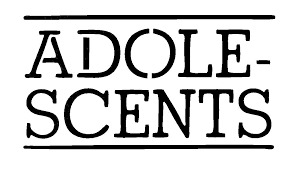 I’ve worked with adolescents for 6+ years now full time and have studied that stage of life for 10 or so years now. In short, the adolescent life stage is the time between being a kid and being an adult. These adolescents live in a time of already but not yet. They are not really seen as adults by anyone but expected to act like adults. When they are childish they are quickly reminded how they are supposed to act. When they try and be adults and demand to be treated as such they are handed the metaphorical sippy-cup and patted on the head.

In the realization that all metaphors break down, we Christians kind of live like adolescents in this world. We are in a time of transition where we aren’t quite fully in the reality of the New Creation that God has promised us, the hope of eternal life that God has brought to light. This hope is the gospel that has been entrusted to Paul by the command of God our Savior. Paul begins his letter to Titus, even before addressing the letter, by reminding him of this hope.

He addresses Titus as his “True son in our common faith” reminding us of the Family of God, which we are part of. Paul continually uses this language as the reality in which he sees those he is discipling and bringing up in Christ.

Titus’ purpose is to select Elders in every town to be overseers who manage God’s household. They are to hold firmly to the trustworthy message in order to encourage others by sound doctrine and refute those who oppose it. What is this sound doctrine? It is the faith that Jesus is whom he said he is and that we will be resurrected from the death in him because God conquered death through Christ’s death and resurrection. Why does Paul give such a strict list of characteristics for these elders to have? They are the examples of what a Christian is to look like as someone who believes the New Creation, the Kingdom, has come in Christ and will fully be revealed in the resurrection. They are the ones who should give the example of how New Creation is embodied while the Old Creation is still in existence. Paul is so serious about Christians living out this reality that he calls for serious action against those who fail to try and live out this reality.

As Christians, we strive daily to live out what God’s Kingdom looks like in a broken world. Where there are Christians, the world should be different. When we look at the example of Christ, we live out his reality in this world, from the cross.