There’s not a lot to this chapter since it’s mostly greetings and the like.  But there is a repeated emphasis 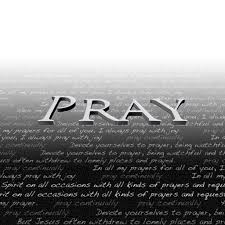 to pray.  Pray with watchfulness and thanksgiving.  Pray for Paul and his message.  Pray that he speaks clearly so that the message reaches those who need it.  Later, Paul talks about how Epaphras prays for the Colossians frequently.  The repeated emphasis on prayer is not accidental.  At the end of this letter, Paul wants to leave them with the poignant reminder that prayer matters and that they need it and he needs it.

Another interesting thing that is partially speculation, but I will mention it here nonetheless is that Paul mentions the letter to the Laodicians. He first instructs the Colossians to forward their letter to Laodicia once they are done reading it.  This clearly shows that Paul understands this letter to be of benefit to people in multiple locations, times and contexts.  At the same time, he tells them that they should read the letter to the Laodicians.  Now here’s the potentially interesting thing…this could be the book that we know as “Ephesians.”  In ancient manuscripts of the letter to the Ephesians, there are a number of early manuscripts that actually have the letter addressed to Laodicians.  Much like the letter to Colossi, it is very likely Paul sent the letter to several congregations and we most associate it with Ephesus, but perhaps this is the same letter Paul speaks of here in Colissians 4.  We certainly don’t know, but it does show us that Paul recognizes that his writings are of value to all of God’s people and he desires them to have access to it.  Okay…maybe it’s not quite as interesting as I suggested, but I thought it was.

Posted by Kent Brown on October 18, 2012 in Colossians, Pauline Epistles

Heart check! Where is it? Heavenly or earthly? You’ve been raised with Christ and your identity is found in Him. Your life is now hidden with Christ in God. The things of this world do not matter as much to you now because you’re part of a King and a Kingdom. Does the mean that you shouldn’t take interest in anything that is going on around you? It doesn’t mean that. What it means is, what has your heart? What gets you worked up? Where are your emotions focused? What occupies your Facebook posts? I’m not sure how much I’m kidding about that last one…

Because you have died with Christ, you now look different than you did before. The first list Paul gives (Sexual immorality, impurity, lust, evil desires and greed) are things that get hit on often from pulpits. These are the things that are bringing God’s wrath because they do not embody the Creation that He intended for us to be. He then gives an “also” to the list and these we really need to pay attention to and ask ourselves how we are doing with this. Anger, rage, malice (spite, hatred, etc.), and filthy language…do not lie to each other. These things are not what the New Self looks like that you have put on in Christ. When was the last time you were angry? Enraged? Had spite or hatred? Or simply just lied to someone? 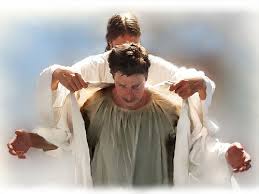 Flip this list around. Christians should be some of the most calm, loving, level headed, kind hearted, honest people the world has ever met. Is this you? What needs to change for it to be you? Continue to look at the image of Christ and examine yourself to see that changes that need to take place for you to be the New Creation that God has called you to be in Christ. Clothe yourself with compassion, kindness, humility, gentleness and patience. Be forgiving. Encourage each other. Above all, love deeply as Christ has loved you. Take a moment to reflect on the love of God, displayed in Christ, and allow this love to transform you. Putting on this love will bring all of these other virtues out in perfect unity. How are we (you) doing with that?

Verse 15 is incredibly powerful for me. I feel like most of the Christians around me are incredibly anxious. What does that tell the world around us about the peace of Christ? It is ruling your heart? We’ve been called to peace. When was the last time you felt the peace of God reign in your life? What is keeping that peace from being reality? Is this peace realized in our families? How we act toward one another? Do all things as though you are doing them for Christ and no one else.

If you’ve been following this blog long (or reading much of Paul’s writing in the New Testament) this is going to come as a huge surprise:  Paul is upset with legalistic Jews who are imposing their opinions on Gentiles.  Although there also seems to be a new type of super-spirituality that is becoming a major distraction to the church as well.  Some are saying that you must abstain from all of the pleasures of this world.  Don’t taste, don’t touch, don’t smell.  Apparently some understood these physical indulgences to be counter to spirituality.  It’s almost ironic that old school legalists and spiritualistic influences were both causing people to be distracted from what matters most…that is, Christ.

So Paul does the only thing you can do.  He points out that Christ is central to everything.  And he says something very important, that the fullness of deity dwelt in the body of Jesus Christ.  This is extremely important if there are some people in the church who are teaching that spiritual things are only of the soul and you must completely deny every longing of your physical body if you are to edify the soul.  Simply pointing out that the fullness of deity existed in a physical body debunks that crazy idea.  Jesus was a man with God dwelling in him.  He calls us to cast of foolish rules and regulations and live as his followers instead.  After all, just because it sounds good, doesn’t mean it’s helpful at all to Christian living.

So what does real Christian living look like?  I am glad you asked and look forward to Ryan blogging on Colossians 3, where Paul tells us, tomorrow.

Posted by Kent Brown on October 16, 2012 in Colossians, Pauline Epistles

Colossians is full of information that should be used to shape our view of Christ. Paul first starts his letter, as he starts most of his letters, with thanksgiving and prayer. He is thankful for the faith that the church in Colossae has demonstrated. They truly understand God’s grace. When I read openings like this from Paul I have to stop and ask myself, “Does this describe me? Does this describe the congregation I am part of?” If it doesn’t, what needs to change? Who is my “Epaphras” that has taught me and is continuing to teach me about God’s grace? These are important people to recognize in your life.

What does Colossians 1 tell us about Christ?

In order to know God, you must look at Christ. Christ, being the image of God, embodies the presence of God in this world. If we really want to know God, we must know Christ. Christ is Word God spoke into this world and for us to know who God is, we need to learn to speak the Word of God to each other and to those around us.

This verse has caused some people to draw the conclusion that Jesus is a created being. If Jesus was created, then is he fully God or just His son who possesses the essence of God. There is a difference there that causes problems for how we view God the Father and God the Son. I don’t intend to fully go into these debates but simply would like to point out that, as created beings, it is impossible for us to fully grasp who God is and how God functions. Therefore, we speak of God (Father, Son, Spirit) in ways that we can understand and we need to be careful in how far we take metaphors.

I take this to be more metaphor than literal in the same way that when Paul in Galatians 3 says that we are all Sons of God he is not saying that women are to become men. Paul is saying that in being a “Son of God” you are now in position to receive inheritance because it is the son who receives the inheritance in the family. Christ being the “firstborn over all creation” is a position of authority that Christ has in his relationship to the rest of creation. I would hesitate to make the claim that Christ has been created.

–       All things were created in him, through him, and for him. He is before all things and holds all things together

All things being created in, through, and for Christ is the reality of God’s intention to be part of His own creation, to walk and talk with us as He did in the Garden. God is present in all things because it is Christ who makes everything happen. God did not crank up His creation and sit back to see how it would unfold (which was the view of many of our founding fathers and of that timeframe). All things have their being in Christ and cannot exist otherwise. God continues to interact with His creation.

–       He is the beginning and the firstborn from among the dead

–       All things are reconciled to God through him, his blood on the cross

I have used to imagery before that Christ stands between God and us pulling us toward one another, reconciling us together. I’ve changed my thinking on this. It is important to realize that God needs no reconciliation. It is this broken creation that needs to be reconciled and we find that reconciliation in Christ. He came down to where we are so that we can be glorified and raised up to where God is.

When we look at the Cross of Christ, we are reminded of these things. We are confronted with the reality of where we are without Christ and the reality of where he brings us to be. “This is the gospel that you heard and that has been proclaimed to every creature under heaven, and of which I, Paul, have become a servant.”